How to travel Thailand as a VEGAN

When it’s your first time travelling to a foreign country after adopting a vegan lifestyle, there are quite some challenges when it comes to getting fed. Especially when you’re not the cook and the language is different from yours. Communicating won’t be as easy and you don’t want to end up eating meat in the end. A few months ago I went to Thailand, where I had to face this challenge. Keep reading if you want to learn some ways how to stick to a plant based diet while travelling.

While still at home I started doing research. I found a few YouTube movies where vloggers walked into a 7-Eleven and showed all the weird food packages they knew were vegan. Most of these items were not very nutritious and I didn’t feel like eating candy for three weeks. I decided to just go to Thailand and see what was available for me there.

The first night we arrived at our hotel on Khao San Road in Bangkok and besides the busy nightlife we noticed street food is a big thing. Most food stalls in the city have signs in English explaining what they can cook for you. Some even had the sign ‘no egg’, so I ate my first vegan Pad Thai very jet-lagged in the middle of the night. Yumm!

I figured it might be a good idea to translate my dietary wishes into Thai so I could show it when ordering food. I also included my boyfriends’ peanut allergy to the list, just to be extra safe. But after testing my ‘Google Translate’ text I noticed it was a bit hard to read for the vendors. While waiting for our train to Chiang Mai I asked two friendly local guys if they could help me translate it better. And they did. And I’m so so so thankful, ‘cause it made ordering food so easy from then on! I definitely recommend finding a local to help you translate your dietary wishes! People will be happy to help you! 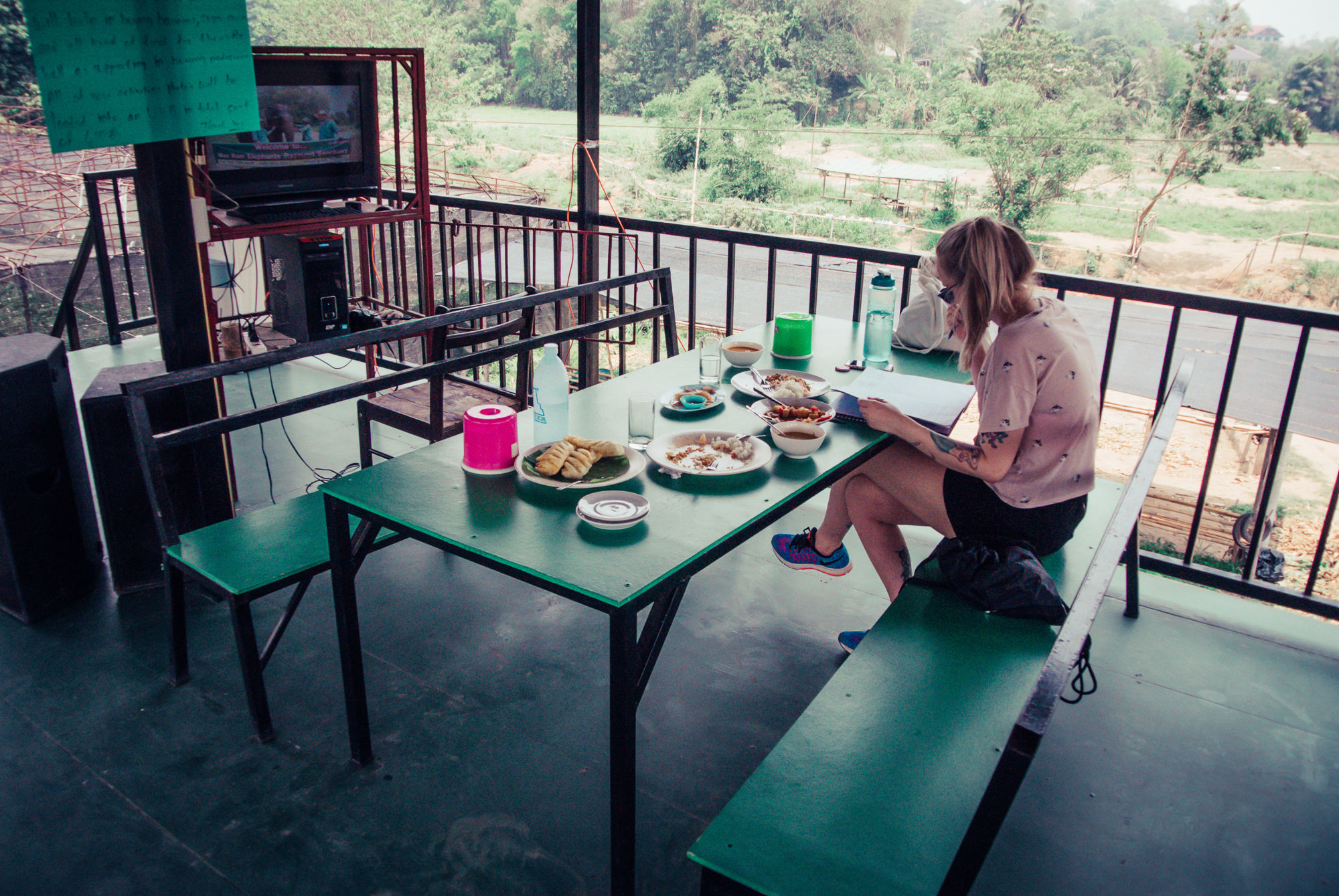 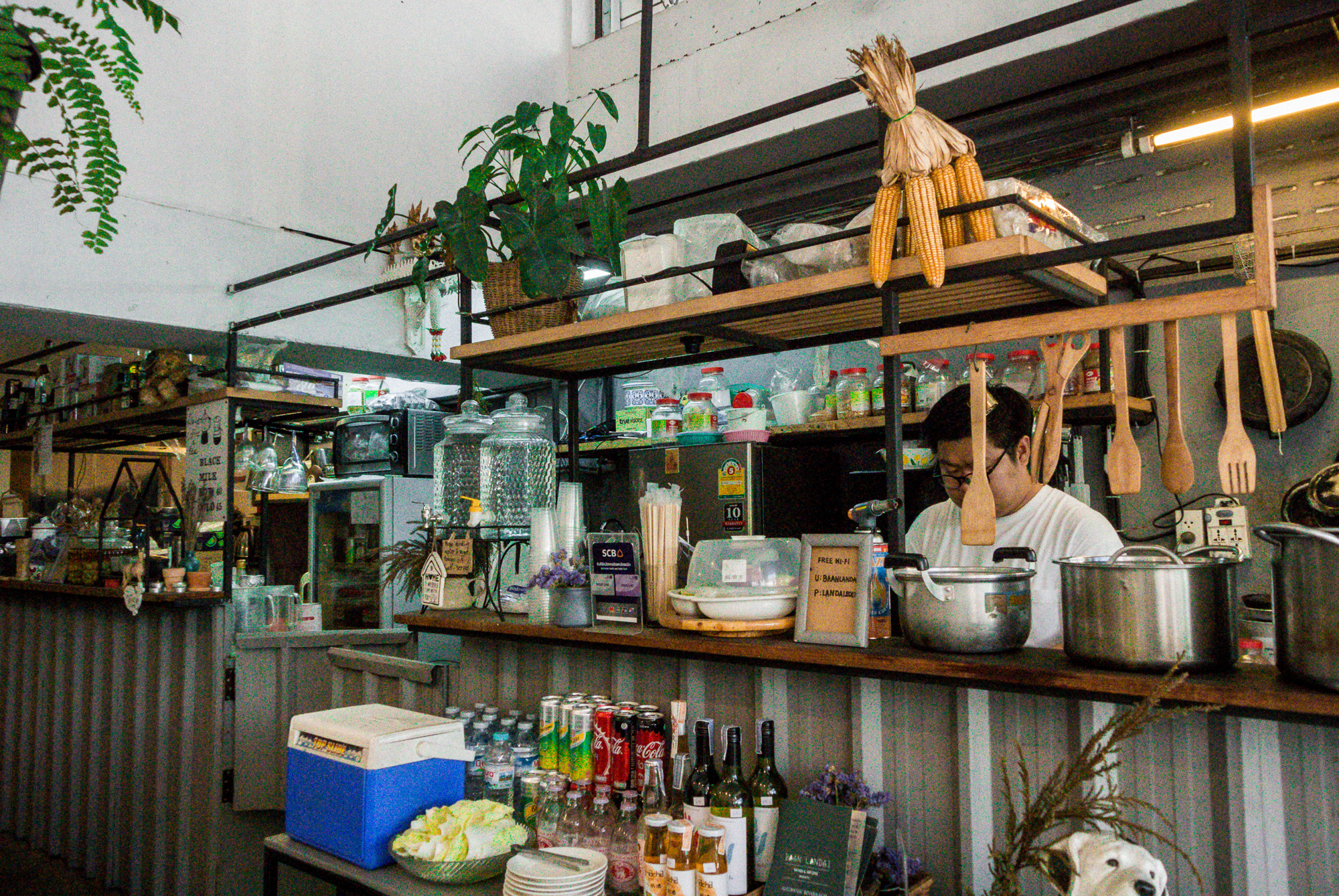 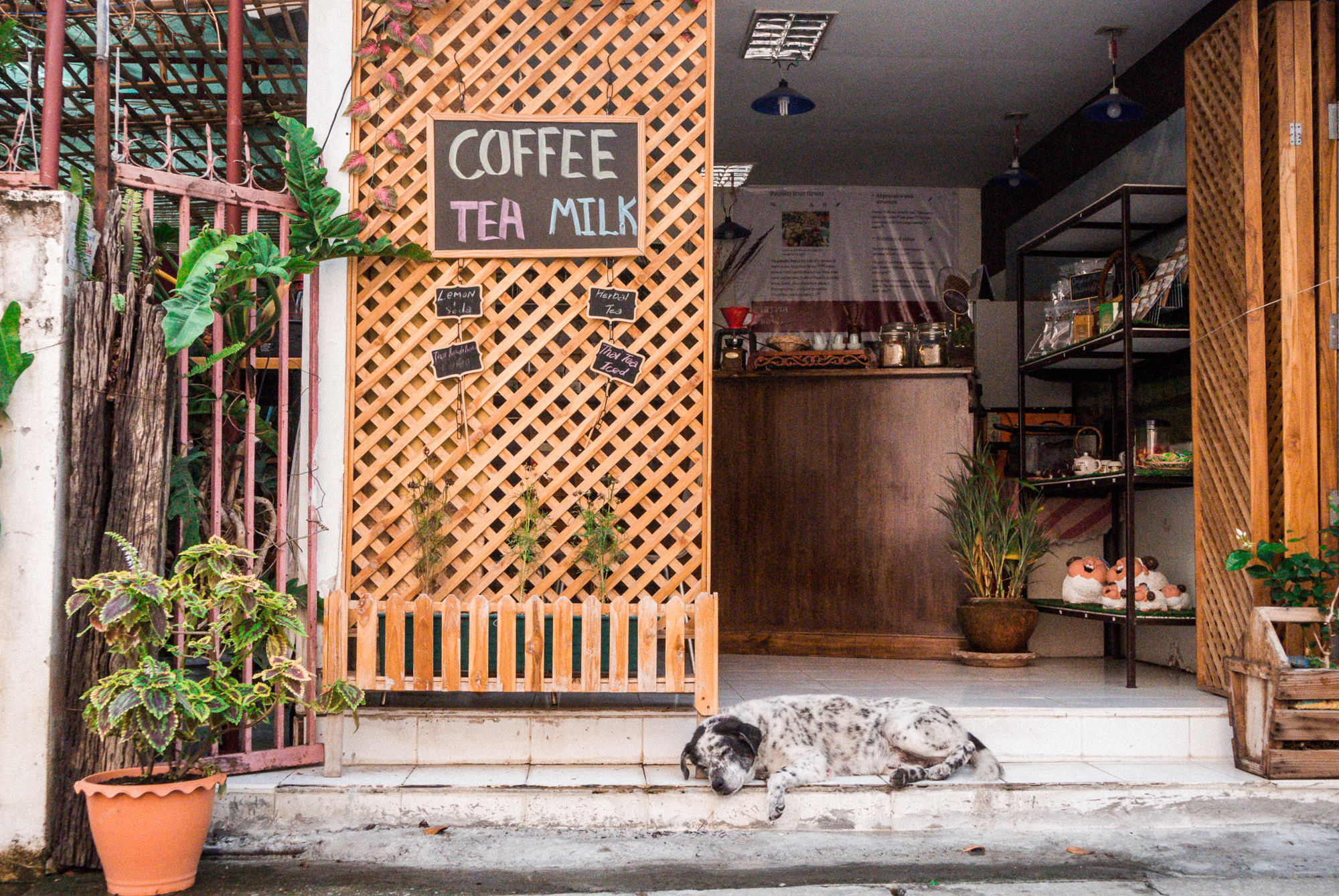 In Thailand a lot of food is made the way it’s ordered. So I got ‘custom made vegan food’ basically everywhere I went. Even in places where they had nothing vegan on the menu! Vegetables are a big part of the Thai cuisine, so I believe that plays a big part in why it’s easy to do this here.

If you have internet on your phone when travelling as a vegan, it’s a great idea to download the app ‘Happy Cow’. It’s worth the few bucks, I tell ya. Through this app we found awesome restaurants with vegan options, like Goodsouls Kitchen where I’ve had the best mushroom burger I’ve ever had. I am very serious about this statement, haha. We went back the next day and ordered it again. Without ‘Happy Cow’ we wouldn’t have found out about the amazing vegan restaurants in Chiang Mai, which is kind of a vegan walhalla! ;)

Not everything went smooth, of course. I guess it was a little bit of bad luck when I ordered a ‘Thai Tea’, not knowing that what makes it Thai is the cow milk they add to the tea. To be polite and because I’m against wasting food, I decided to drink it. But I couldn’t drink more than half, because the taste of cow milk is pretty intense after not drinking it for over a year. Unfortunately I also got stomach pain after an hour. 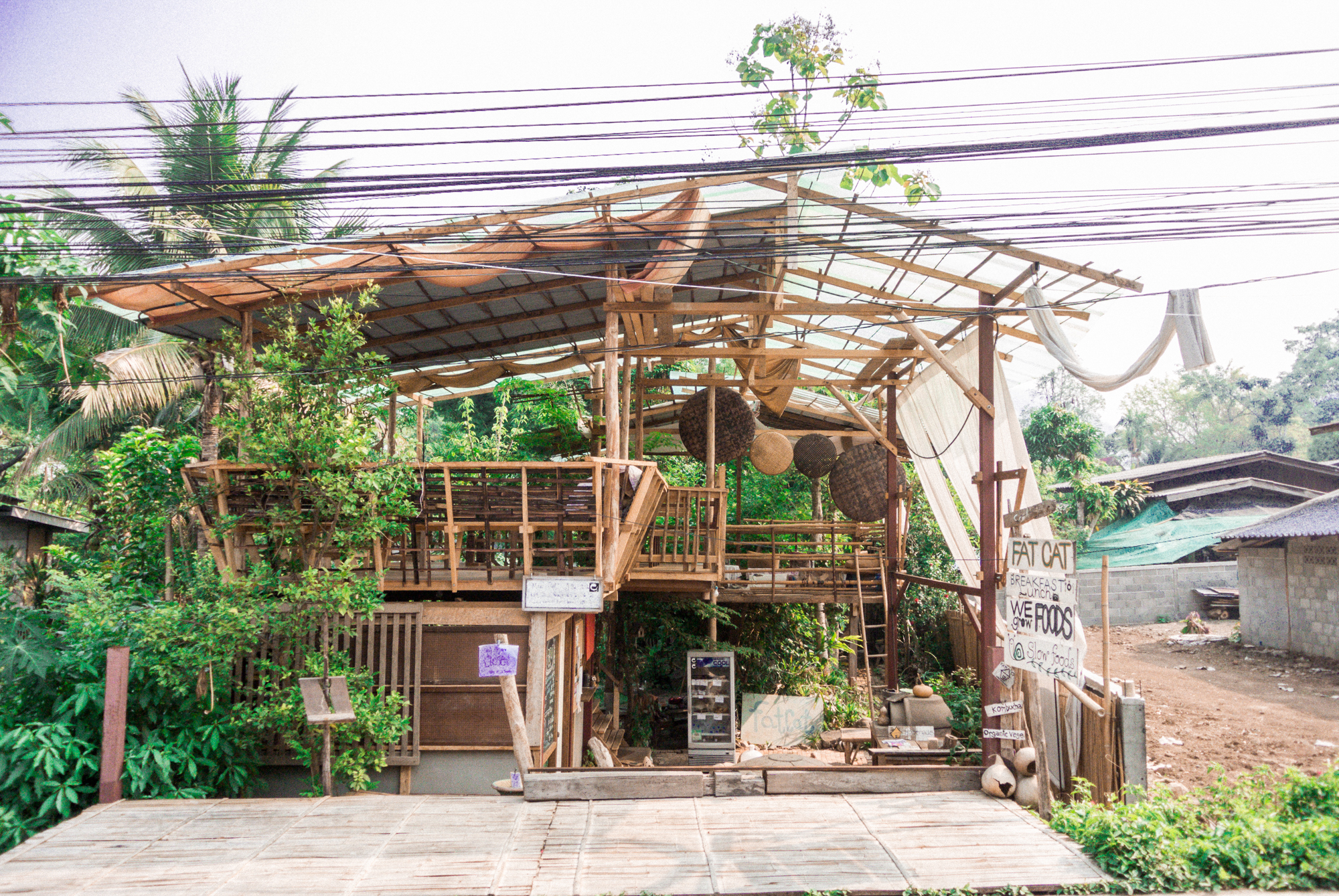 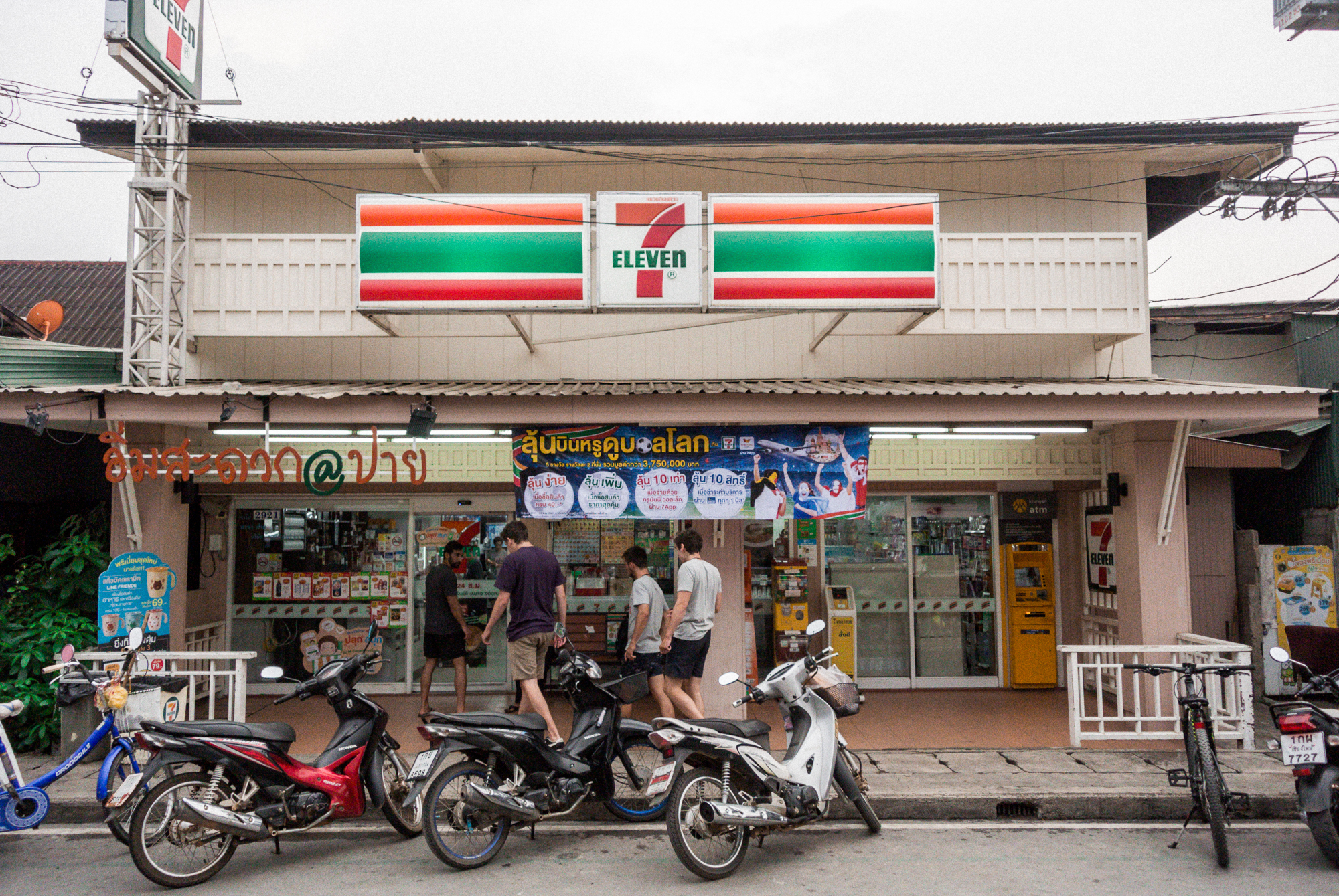 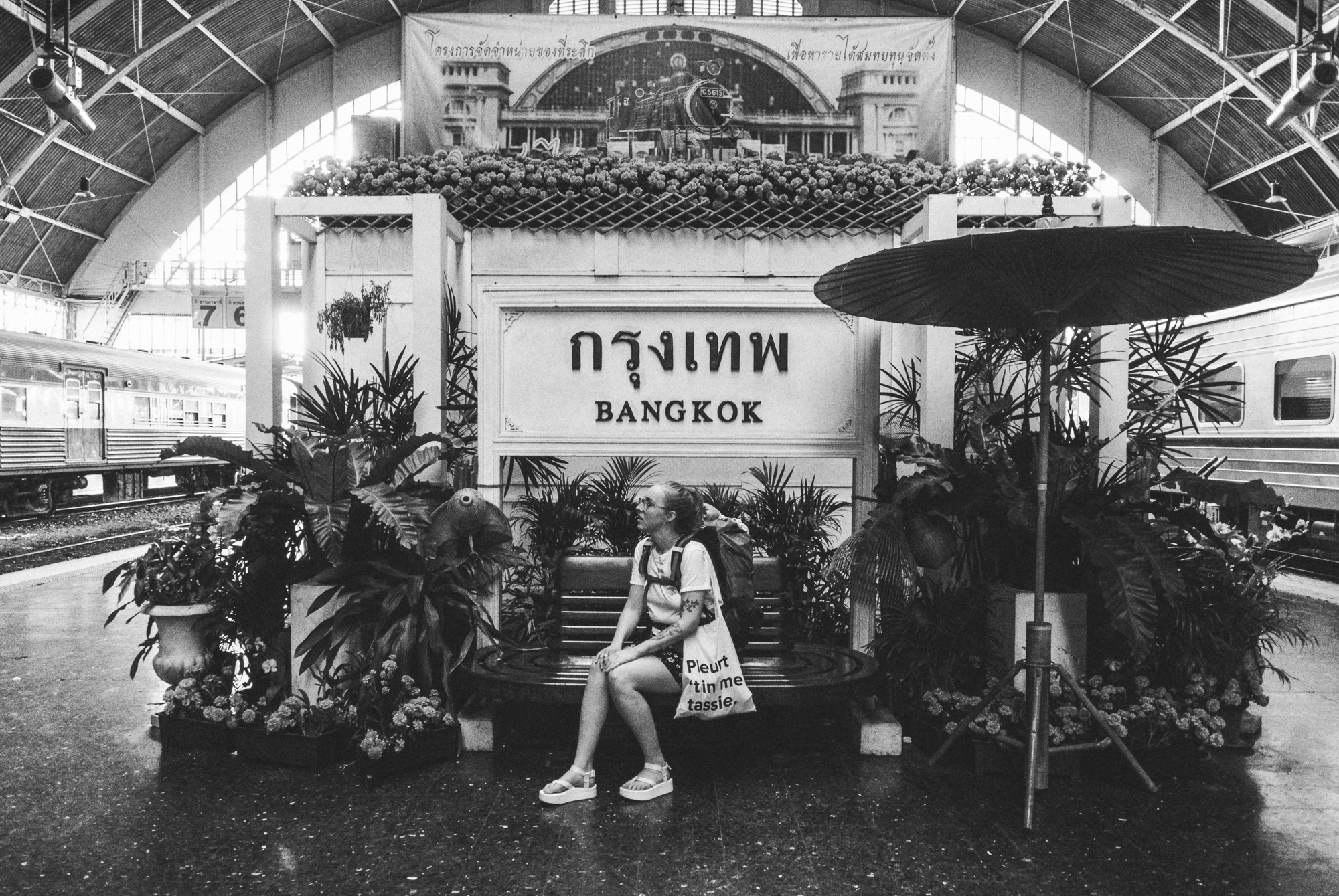 Not every Thai is a skilled reader either. It also happened a few times that I got egg mixed through my veggies and noodles. I ate most of it, for the same reasons as above. Of course Id  thought about what I’d do in cases like these, but I decided that as long as it wasn’t meat or fish, I would not waste it. But it did leave me feeling a bit sad sometimes. I don’t like the taste of egg that much anymore, even though I used to love a soft boiled egg every Sunday. Weird how taste buds change, right?

All in all Thailand is amazing in many ways, but also definitely when it comes to vegan food. Ordering food in the streets is easy and the taste is great, but even during touristic tours where food is included, the local cooks were always happy to provide a vegan portion for me. This way touring through the jungle of Khao Sok, having lunch at an Elephant sanctuary or the super fun Co van Kessel tour through Bangkok was super fun, because I didn’t have to worry for a second! So if you’re going to a foreign country, just ask a local that speaks English to translate your wishes onto paper or on your phone and show it to your cooks! Bon appétit!

What are your experiences when it comes to eating vegan while travelling? Where did you have the best vegan food? Or did you experience something less fortunate? Share your story in the comment section below!

If you loved reading this, please subscribe to my newsletter
and receive the latest updates &  articles. Let's keep in touch!